The New Coronavirus - Should you be worried? 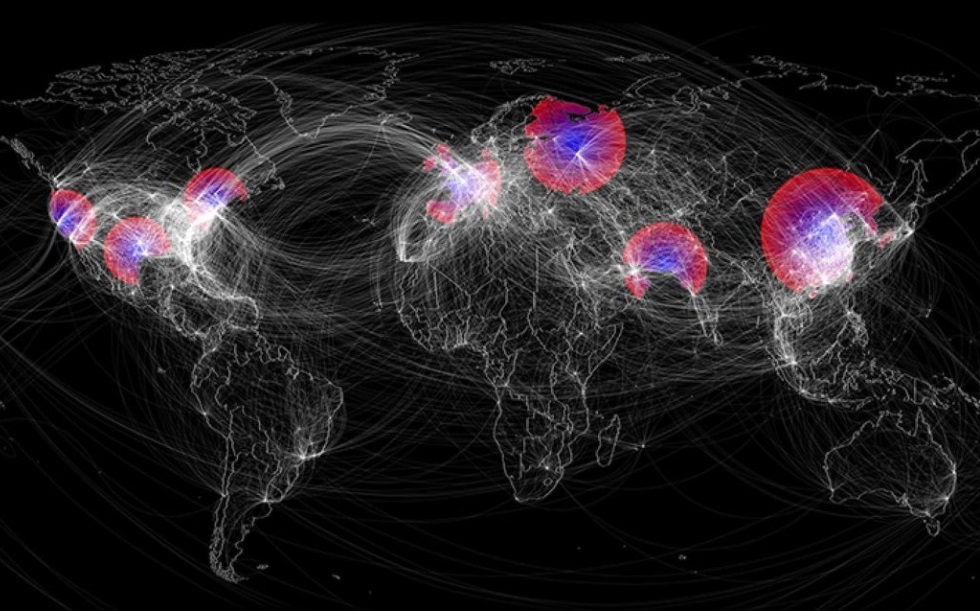 We will defer answering this question for the time being and try to explain our approach to managing this type of event first. The way we manage these events is a lot like the way super-catastrophe re-insurance businesses manage these events. As Ajit Jain, Vice Chairman of Insurance Operations for Berkshire Hathaway explained in an interview in 1998, “The reality in the super-catastrophe business is that there isn’t a lot of meaningful data to analyse. What you do is start with historical data and then you make certain projections from that. It’s a very subjective artform”. However, “even if perfection in assessing risks is unattainable, insurers can underwrite sensibly”, explains Warren Buffett in the Berkshire Hathaway 1996 annual report. It’s all about probabilities, and the manager needs to be comfortable dealing with ambiguities.

The first thing then to note about epidemics is that diseases that spread fast tend not to be very deadly, and diseases that are deadly tend not to spread very fast. Diseases that are both deadly and spread very fast are historically rare. Data we have so far indicates that this new virus is a lot more contagious than SARS, its close cousin back in 2003, but the fatality rate appears to be a lot lower. The bad news for investors is that the immediate economic impact of an epidemic relates more to the number of confirmed cases of infection than the number of fatalities. As the death toll in China has already surpassed that of SARS and the number of confirmed cases is still riding the exponential curve, all else being equal, the economic impact will likely be larger than SARS.

Several other reasons suggest that this will last a bit longer than SARS also, which lasted for about 6 months from its first reported case. The first reason is that it happened during Chinese New Year, which is the peak period in the year for domestic travel. Also China did not have a high-speed rail infrastructure back in 2003, and the degree of urbanization has increased a lot which has established more social linkages between rural and urban areas. These factors have substantially enlarged the network size for modelling the potential number of cases of infection. Also, because it happened during Chinese New Year, the supply of medical equipment is well below maximum capacity as workers are on holiday, which makes dealing with something that happens so quickly and on such a scale a little challenging.

The good news is that the technology for dealing with epidemics like this has improved a lot compared to during the SARS period. Information technology such as WeChat enables almost everyone in China to be informed and be prepared for the epidemic in their area, and big data applications such as Baidu Qianxi allow policymakers to track the movement of the population between different cities. On the medical side researchers already have the genetic code of the virus, diagnostic testing is a lot faster than for SARS and researchers are already experimenting on different cures and vaccines.

Another reason why this new coronavirus will likely have a larger economic impact than SARS has to do with timing. SARS happened in 2003, not long after China joined the WTO and the economy was taking off at a rapid pace, in contrast to the present situation with the economy slowing amid a Sino-US trade dispute. A little nudge during difficult times might be the difference between winning or losing a customer. China also has a much bigger economy now; hence, the impact on its trading neighbours will also be larger.

As of this writing, the latest epidemic models from leading academic researchers suggest that the contagion will likely peak before June 2020 for most of the provinces in China. The economic impact however will last somewhat longer after the epidemic begins to fade. When the economic motor has been in reverse gear, it takes some time for consumer confidence and business confidence to get back to normal. As with all processes that are exponential in nature, early estimates can be quite wrong. So far the epidemic in key cities such as Beijing, Shanghai, Guangzhou and Shenzhen are relatively contained, and this is something we will be monitoring closely.

Meanwhile businesses have been impacted on both the supply and demand side. Labour-intensive businesses such as assembly lines with a low level of automation will be more affected. Large assemblies of people without sufficient protection is a health risk, with many businesses extending the Chinese New Year holidays because they cannot yet restart production. Workers from affected areas will have difficulty going back to their home provinces after the holidays as transport has been disrupted. Clients will also have difficulty in inspecting their products. Amongst these industries, automotive and electronics industries have been more impacted. Hubei, the province with the highest number of confirmed cases, is responsible for around 10% of China’s automotive output, where major OEMs like General Motors, Honda, and Nissan have production capacity. It is also home to many automotive component suppliers. An automobile has many thousands of parts, and a few key missing components is sufficient to disrupt production, as we saw during the earthquake and tsunami in Japan back in 2011 that disrupted the whole automotive supply chain. The same is true of electronics industries, such as smartphone manufacturing which requires putting together many thousands of components into a device. Large electronics manufacturers such as Lenovo and Hon Hai Precision have production bases in Hubei. We will only have a better sense of the impact on the supply chain in the coming weeks when production gradually restarts. Production in basic industries such as power generation, telecommunications and metal mining is largely unaffected.

On the demand side, discretionary spending will likely be more impacted. Tourism and travel will obviously be most affected. Workers on hourly wages will have less to spend. Businesses that may require gathering of people such as entertainment and sports will be more affected. Most cinemas, are closed during Chinese New Year and concerts are postponed. The Chinese Basketball Association has postponed the season indefinitely. People will generally avoid dining out in crowded restaurants in population-dense Chinese cities. Generally consumer confidence is likely to fall when people are not in the mood right now to buy an extra pair of earrings. On the other hand, online services may benefit as people stay at home more. Mobile gaming will likely be less impacted by the epidemic. Insurance business will likely be impacted in the short run by higher claims, but may benefit the industry in the longer term as people become more conscious of their protection needs.

Now we are ready to partly answer the question we posited at the beginning. Should we worry about the virus outbreak? Exogenous events like the new coronavirus outbreak is a near certainty – they are bound to happen at some point. Just like catastrophe re-insurance underwriting, the key is pricing the risks sensibly. Overall, our portfolio exposure to China and Hong Kong will be more impacted than other countries. We are closely monitoring the situation in Hong Kong, where there could be a risk of adverse selection in that infected mainlanders choose to seek medical help in Hong Kong and hence increase the risk of a local outbreak. On a sector level our exposure to tourism and the electronics hardware industry will be more impacted. The businesses that will be impacted are businesses that we still like to own 5 years from now and will be able to weather the storms better than the market average. They should be able to meet our return objective at current prices. Our assessment at this point in time is that the impact on the intrinsic value of the overall portfolio is in the 5% range. The key risk to this assessment is if the expected temporary downturn caused by the epidemic becomes a prolonged one. If a protracted period of lower level of economic activity lowers business confidence, which in turn lowers the level of economic output, it can cause the economic engine to work in the opposite direction. There is however little evidence at the moment to suggest this. There will likely be some longer-term impact caused by this epidemic on the economic, social and other fronts but this is not the subject of this discussion.

Here is a little refresher of how compounding works. The first rule of compounding is not to disrupt it unnecessarily. Compounding by definition involves a series. When decisions are placed in a series one after another, what matters is that the probability of the decisions has to be high. For example, if you are 80% confident that each investment decision is right, the probability that two investment decisions are right in a row is 80% x 80%, which is just over 60%. In the case of three in a row, you are really no better than guessing. This is why minimizing the number of investment decisions carried out in a series is so important. If say you have bought a good business regarding which you are 80% sure that it will be successful over time, but you become convinced that the business is overvalued at some point, and you want to sell it and buy it back, you have made a buy decision, a sell decision, and hopefully the price will become lower and you can make another buy decision. You then have to be far higher than 80% sure about each decision because you are making three decisions in series. For this reason we do not recommend our investors to get in and out of markets with most exogenous events. And that includes this one.

We welcome rising tides. Our objective is to allocate capital to a portfolio of companies that will paddle a little harder than the broader market regardless of the tide. We will do our best to maintain such a portfolio. We have never been able to forecast the future with a high degree of accuracy. Fortunately, it was never required.

This insight was originally posted on 05 Feb 2020 by John Lam.