Will China not emerge? Will Hong Kong collapse? 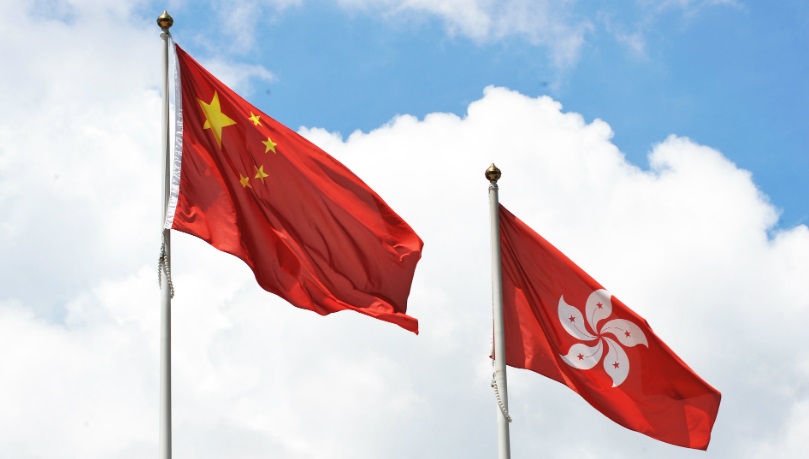 Will China not emerge?

The rise of China over the past three decades has led many to believe that the economic growth of the mainland will be automatic. At the same time, there is no shortage of doomsayers who believe that China’s rise is not sustainable, much like Russia and Japan in the past. In order to answer this all-important question, we have to understand what powered China to become the second largest economy in the world in the first place, and that will give us some clues as to where it will be going in the coming decades.

Regarding China’s rise to become an industrial superpower, many explanations have been offered but most are unsatisfactory. Democracy, for example, is an outcome of an economic transformation, not the reason. The view that China is an ancient civilization that is reverting to its prior economic status centuries ago, does not adequately explain why other ancient civilizations like Egypt are not rising. On the explanation of the rise of China, our view echoes that of Professor Yi Wen from Tsinghua University:

“The fundamental reason the United Kingdom, instead of the Netherlands, kick-started the First Industrial Revolution was because of its successful creation of the world’s largest textile market and cotton-supply chains in the 18th century… Likewise, the fundamental reason the United States, instead of France or Germany, overtook the U.K. to become the next economic superpower was the U.S. government’s help in creating an even larger manufactured-goods market in the 19th century… Today, China (instead of India) is well-positioned to overtake the United States in manufacturing and technological innovations in the 21st century because the Chinese government has helped create a gigantic market that is several times larger than the U.S. market.”

The degree of industrialization and its success is limited by the extent of the market – this is the best explanation we can find that agrees with what we have observed thus far. In the industrialization era, a large market enables economies of scale, which brings down costs and in turn prices, which further enlarges the end market. This virtuous cycle of an expanding market is what fundamentally powered the explosive growth of the Chinese economy.

If we are right about this, then China will not become the next Japan. China’s growth trajectory will continue and it will likely overtake the US as the largest economy in the world sometime over the next three decades. This, however, assumes that China will continue to follow an open-door policy that helped create and sustain such a large market in the first place.

It is all too apparent over the course of the US-China trade disputes thus far that China is not yet ready to confront the United States head on in commerce, technology, finance or military might. The existing world order is still dominantly US-led. Even the best technology companies in China will not survive if they are not allowed to trade with the US, primarily because the US has had a much earlier starting point. Technology knowhow tends to be cumulative and industry structures reflect this. In some areas, such as electric vehicles and mobile payment, China has taken the lead, because the starting point of the competition is the same as for other countries, with unambiguous state support and less legacy industry issues to deal with when starting anew being important factors contributing to their rapid development.

However, the above examples are the exceptions not the norm today. In finance, as famed historian Yuval Harari pointed out, Osama Bin Laden may not have believed in the American dream but he was quite fond of the US dollar. This is not true for the renminbi. This de-facto currency status for trade makes sanctions very effective. Nor does China have the soft power appeal to other countries yet in order to create a trade circle large enough to rival that of the United States. Traditionally, Chinese view foreigners very differently from how Americans view foreigners. Chinese culture is distinctly different from that of the West, the language is not easy to learn, and the strong sense of nationalism exhibited by overseas Chinese recently has not made this an easy sell.

All the companies that we have ever invested in, however fabulous, have encountered management errors at one point or another. For companies with great economics, such errors often represent good buying opportunities. If China is a company, we view China as a great company, but she will also commit management mistakes from time to time, not unlike the US. The Made in China 2025 and Belt and Road Initiative with hindsight might have been some projects a little too early for China to take on appropriately at this time. The recent protests in Hong Kong have also shone some light into some unavoidable difficulties management may encounter in dealing with two vastly different systems.

Will China not emerge? Not if it is committed to continuing to open up to the outside world. It is difficult for the United States to bring the rise of China to a halt because as large and powerful as the United States is, China can still trade with the other countries comprising 60% of global GDP. Hence, it is still in the interest of the US to find more common ground and to continue to trade with China, because if it doesn’t then somebody else will. There is enough vested interest both within and outside China to help make this happen, and the pragmatic choices the Chinese have made thus far reaffirm our optimism. While restaurant customers might not yet be able to choose the chef who cooks the food, increasingly such customers have obtained a larger say over what dish they are served. We are optimistic that China will make the choices that best serve the interests of both China and the rest of the world, for those same choices will be the choices that are best for China also.

As the freest economy for the 25th consecutive year as ranked by the Index of Economic Freedom, Hong Kong has attracted global speculators from time to time to bet against its pegged exchange rate system. The latest round of speculators include famed hedge fund manager Kyle Bass, who successfully bet against the US housing market during the Global Financial Crisis in 2008. This time he correctly pointed out some of the known inadequacies of the pegged exchange rate system where Hong Kong is now more economically correlated to China than to the US, and hence it is prone to cause problems when the pace of the Hong Kong and US economies diverges. When Hong Kong’s economy is leveraged, he reasons, capital flight from the less than 400 billion GDP economy could cause a collapse of the exchange rate system that it has had in place for over three decades.

We note that macroeconomic bets of this nature are very difficult to get right. To begin with, major dislocations only happen every so often. A major one like the Global Financial Crisis conspicuously has all the actors behaving the wrong way – buyers, sellers, distributors, rating agencies, accountants, and regulators, all failed in their responsibilities when the underlying incentives and complexity of the financial products involved offer a systematic way for all individuals to overlook risks. When only some factors are acting in the same direction but not all of them, however, you often do not get a dislocation that one might expect because market economies are complex adaptive systems that tend to self-adjust. And it is this resilient property of financial markets that tends to make a poor long-term track record out of those who want to make their name by betting on extreme macroeconomic events.

Whether Hong Kong will collapse fundamentally depends on the answer to the previous question – whether China will emerge. While Hong Kong’s economic importance to China has declined over the past three decades since the economy currently only comprises around 3% of China’s GDP compared to 20% some three decades back, she remains the most important window for capital flowing in and out of China. Over 70% of foreign direct investment into China still goes through Hong Kong. Shanghai simply does not have the legal framework nor market freedom required to attract the necessary foreign capital, in order to meet the ongoing demands of the mainland. A collapse of Hong Kong would invite international sanctions, and furthermore it would all but ensure that unification with Taiwan, if and when it happens, will not be peaceful.

If capital flight happens to Hong Kong like it did during the Asian Financial Crisis for whatever reason, Hong Kong has well over two times the US dollar foreign reserve cover over the circulating Hong Kong dollar, should foreign capital choose to convert Hong Kong dollars into US dollars in a hurry. Property, a primary store of wealth in Hong Kong, certainly has a high price tag today and affordability is low for the average citizen. However, we do not view this as a bubble – land supply is limited, vacancy is low, and years of undersupply created a large demand backlog, so turning over properties for a quick gain is almost non-existent due to the high transaction tax imposed, with people buying property mostly using more than one generation of accumulated wealth and not through current income. The limited inventory while unaffordable by the average citizen can easily be soaked up by the top high earners of the economy. While property prices may fluctuate, we do not see many mechanisms for leverage to unwind rapidly to cause a systemic risk.

When Deng Xiaoping, the architect of modern China, met with Li Ka Shing, the Chairman of Cheung Kong Holdings before the 1997 handover, he told Mr Li that if Hong Kong remains unchanged for 50 years under One Country, Two Systems, there is even less reason for it to change after 50 years. What Deng meant was that in 50 years after the handover, China would catch up to Hong Kong in her degree of economic freedom, and hence the systems will only become more compatible over time, and therefore there is no need for Hong Kong to change even after 50 years in 2047. In the recent past, Hong Kong felt that the implementation has somewhat deviated from this principle, which is the fundamental driver behind the recent protests. We view this as an evolution for China – China’s top-down administrative system has historically been prone to large fluctuations in her policies to address the diverse needs of an immense population. If China wants to keep up her growth trajectory, she will have to continue to open up her economy to the outside world, and that requires Hong Kong to function as she always has. That requires keeping Hong Kong’s One Country, Two Systems principle intact.

This insight was originally posted on 03 Sep 2019 by John Lam.